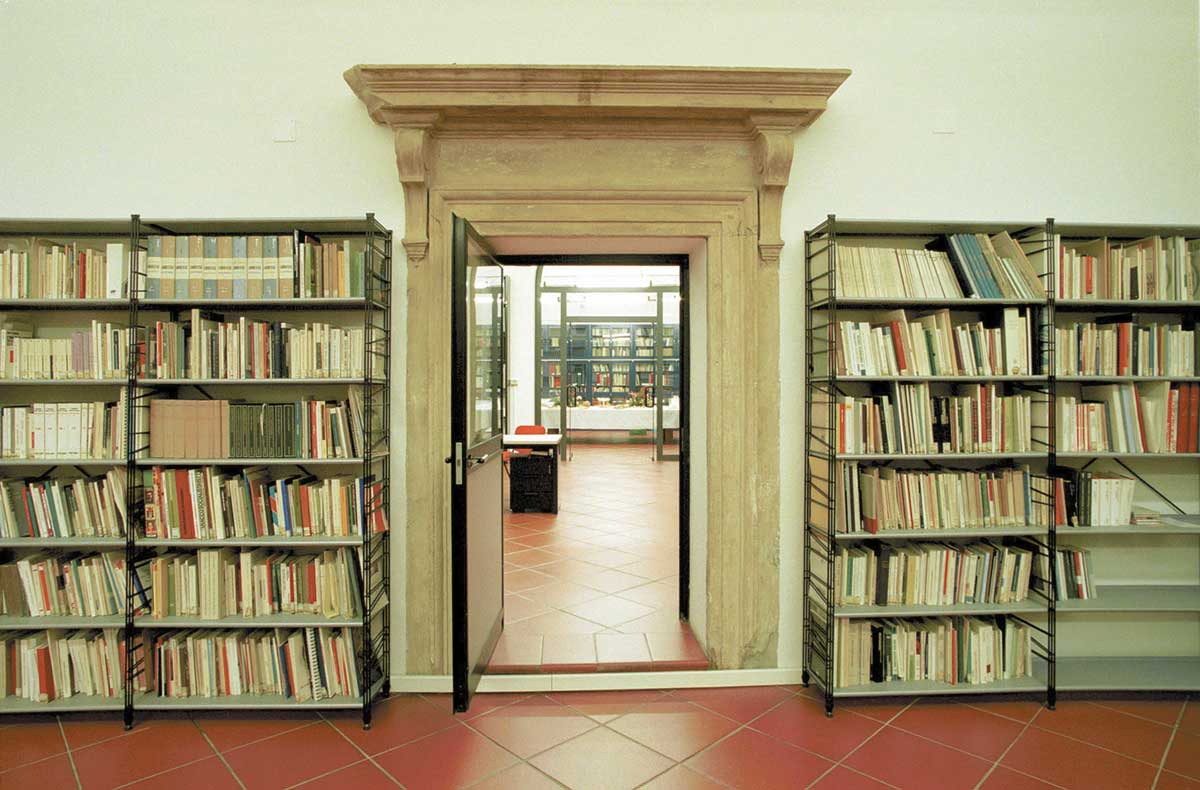 The library section has a patrimony of more than 28.000 monographs, magazines, audiovisuals and iconographic material. In this section the documentary material coming from representation structures, from cooperatives and from private people who donated their collections to the Centre.

Since 1988, it is part of the regional library system through a convention with the Superintendency for librarian and documental properties of the Emilia-Romagna Region. In this section, is to be reported, for its particular importance, the collection of the library of the National League of Cooperatives and National insurances acquired by the Centre during 1994 including also the archive of the publications of Editrice Cooperativa. Furthermore there are precious library funds of associations of the field and consortia offering a documentation on the activity of full cooperative sectors.

The librarian material, put in order and cataloged, is mainly constituted by monographs of a general nature on the cooperatives subject : manuals, treaties, legislative collections, historical reports, publications promoted or related to single corporates.

There is also a rich endowment of grey literature (texts unpublished by editors) documenting the institutional life of cooperative centrals, also of their territorial branches. The large quantity of this type of material (congress acts, conferences and seminars), not traceable in the publishing circuits, because not avaible on the market, represents one of main features of the library.

Among the donations received from individuals, there is the particularly interesting personal library of Verenin Grazia who had been the General Secretary of the National League of Cooperatives and National insurances from 1947 to 1960 to which have been more recently added the acquisitions of the library and documents Ivano Barberini and of the librarian fund of Giovanni Bersani.

Moreover there are multimedial materials and documentation having a populative character on cooperatives (leaflets, booklets, brochures). The periodicals conserved, about 600 magazines, are national and local, with preference for the cooperative movement internal production headings (newsletters, bulletins). In this connection we must mention, for the completeness of the collection, the magazine "La Cooperazione Italiana", published by Legacoop already in 1887 and discontinued in 2011, that can be consulted online from this site.

The magazines conserved can be found through consultation online of the OPAC Catalog of the Centre and also of the nazional collective Catalog of periodicals ACNP, containing the bibliographic descriptions of the periodical publications kept by the libraries located in all the national territory and covering all the field disciplines. The Centre participates to the project since 2016, by means of the input in the catalog of the bibliographic descriptions of the magazines owned (600 periodicals). The library with its collections still now represents a unique fund in the national panorama, being a specific historic and economic collection on cooperatives.

Free entrance, after filling out of an entrance form, for :

Rules of the Library