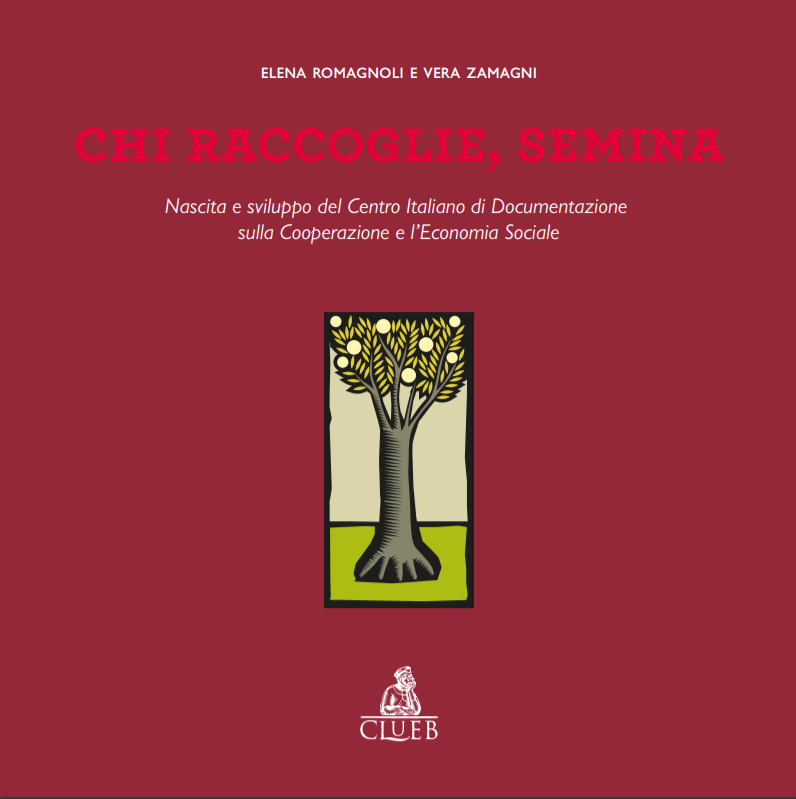 This book, apart from outlining the history of the Italian Documentation Centre on Cooperatives and Social Economy in the thirty years from its foundation, intends to offer an “ Arianna's thread” to accompany the reader for discovering the archival treasures, both bibliographical and photographic collected and catalogued in the course of time. Legacoop in their different types of associations, cooperatives and other subjects of the cooperation promoted and supported the Centre giving it the custody function of cooperative memory,the omen for the future is that the Centre could become a useful reference also for the Alliance of Italian Cooperatives.

Elena Romagnoli started her cooperative activity in 1979 and was President of Archea, cooperative of bibliografical services that operated in Bologna, in the university ambit, in the field of librarian trade and bibliographical services from 1979 to 1990. She is Manager of the Italian Documentation Centre on Cooperatives and Social Economy since its constitution, to which she contributed through the realization of the feasibility project for the institution and management of the Centre. From 2000 she manages the editorial series “Cooperative History and Studies” edited by il Mulino and “Cooperative Experiences and images” edited by Clueb, both promoted by the Centre.

Vera Negri Zamagni has a PhD in economic history of Oxford (GB) university and she taught in many Italian universities. Today she is still a lecturer at Bologna university and at the SAIS Europe of Johns Hopkins University. She was foundress of the European Review of Economic History in 1996; she received an honorary degree from the University of Umea (Sweden, 2001); she was member of the CNR (1994-1999), of ANVUR (2011-2013), of the Scientific Committee of Treccani Encyclopedia (2006-2011). Her publications include more than 130 essays and 20 books about the Italian and European Economic history, with particular reference to the history of the cooperative movement.